“For Every Player Who Has a Dream”

The Board of Directors and Affiliate Members of the League of Dreams make it all possible. Without their caring for physically and developmentally disabled children and adults and their dedication to special needs programs, we wouldn’t be able to make so many smiles a reality every day.
Dear Friend of League of Dreams

Welcome to our new and rejuvenated web site! I hope you find everything you need to know about League of Dreams. For some 13 years we have been providing quality sports programs to people with special needs completely free of charge. What continues to make LOD different is we serve any player with any disability regardless of skill level or extent of the disability. And often they are on the same field! As we prepare to expand even further we encourage your support and participation.

I have been part of baseball for my entire life. As a player, coach, teacher, scout, and now broadcaster, I have seen some of the finest athletes in the world playing our wonderful games of baseball and softball. And while some of those athletes have been at the highest levels-the major leagues, those at the League of Dreams level continue to astound me with their determination, willingness to learn and have fun and most importantly the joy with which they play the games.

In the days and weeks to come keep an eye on this site for more information about more programs in more places serving more people. And while you are at it consider joining us as a volunteer and as importantly a donor. We serve our players for about $50 a year—that’s a year. Think what you can do with a gift to League of Dreams.

Sincerely,
Mike Bordick, Chairman of the Board 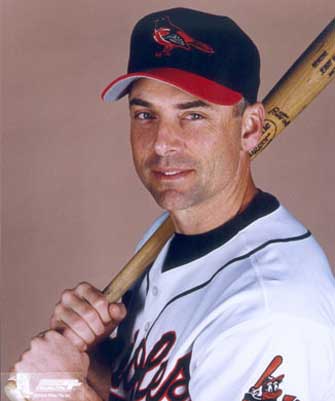 Mike Bordick
Chairman of the Board

Orioles Hall of Famer Mike Bordick enters his sixth year as a member of the MASN broadcast team, serving as an analyst for Orioles games this season.


Bordick’s 14-year major league career also included time with the Oakland Athletics, New York Mets, and Toronto Blue Jays. Before signing with the Orioles he played three years at the University of Maine, where he led the Bears to College World Series berths in 1984 and 1986. At the end of his playing career, he completed his bachelor’s degree in kinesiology and physical education from the University of Maine.

Mike is convinced every child and or adult should have a chance to be a ‘player’ and supports League of Dreams as a board member, donor and volunteer. He is in his first three year term as Chairman of the Board. He and his wife, Monica, reside in Ruxton, Md. with their six children. 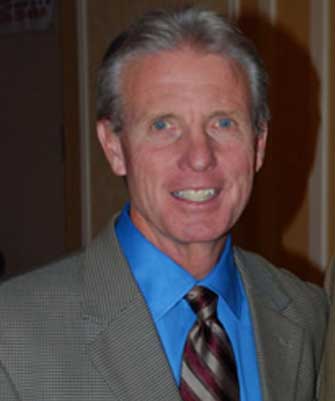 League of Dreams Founder, Frank Kolarek has an extensive sports background as a professional player and coach with the Oakland Athletics and scout with the Milwaukee Brewers and the Baltimore Orioles. After 15 years in professional baseball Frank returned to his alma mater, the University of Maryland to coach and teach.

Frank has served as the Director of Baseball and Softball for Special Olympics International with programs in 152 countries. as well as Vice President of the Navy Run, Jump and Throw program. He continues to be regarded as one of the country’s top clinicians in baseball and softball presenting to schools, training centers, camps and youth groups.


In 2004 he founded the League of Dreams with the goal of seeing everyone, regardless of limitation or disability, has a chance to be a ‘player’ in the great sports of baseball and softball. To date LOD has served over 3,500 players. He now serves as Executive Director of League of Dreams.

Frank lives in Catonsville, Maryland with his wife Dorothy and they enjoy spending time with their grandson, 3 married daughters and son Adam who made his Major League debut in the 2017 season with the Tampa Bay Rays.

Thank You to Our Sponsors

We Serve All Players With Special Needs For Free, Forever…

Maryland law
The League of Dreams is a 501(c )(3) nonprofit organization registered with the State of Maryland and the IRS. A copy of the current financial statement is available by writing to 1901 Clifden Road , Baltimore, Maryland 21228 or by calling (410) 719-1641. Documents and information submitted under the Maryland Solicitations Act are also available, for the cost of postage and copies, from the Maryland Secretary of State, State House, Annapolis, MD 21401.